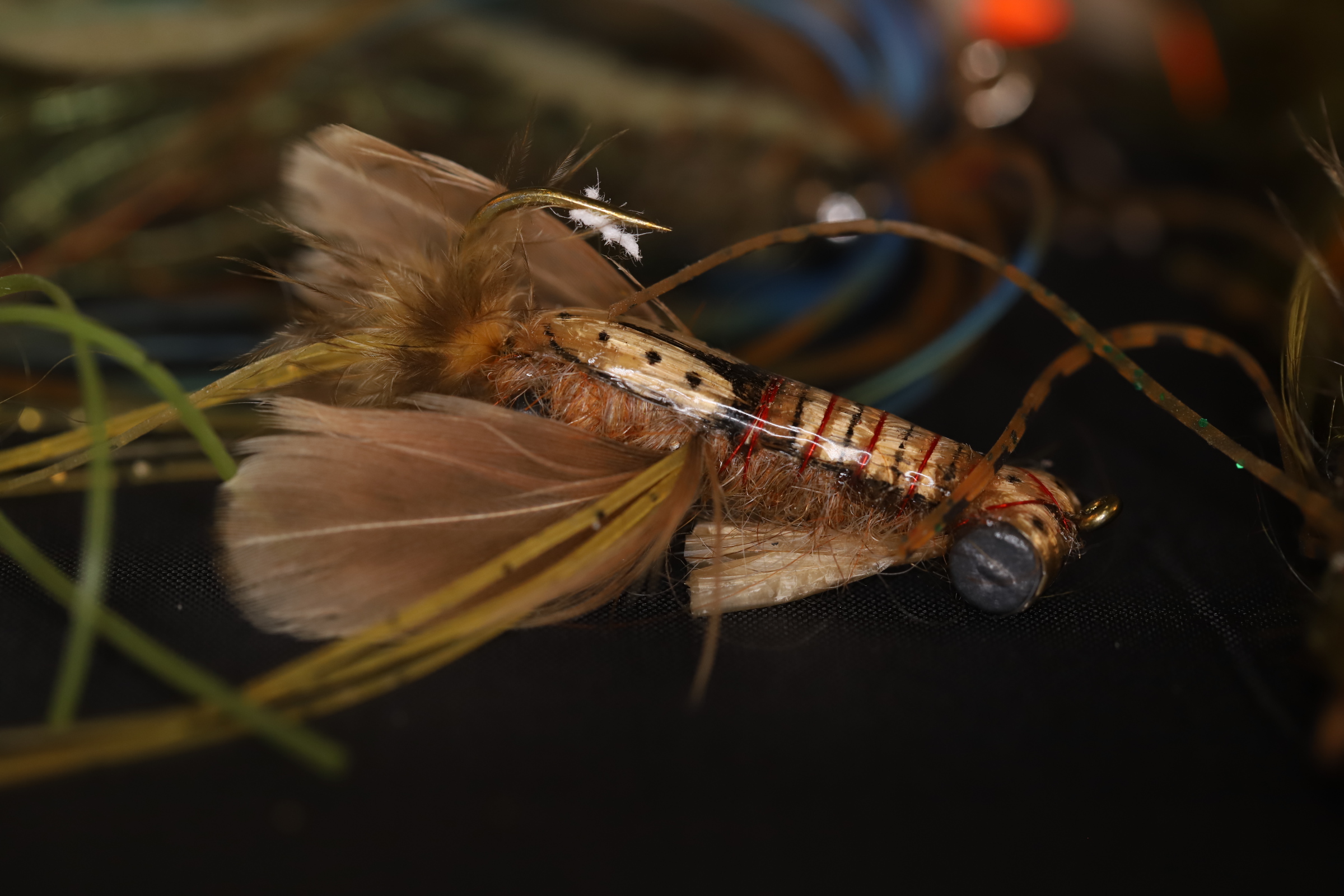 THERE is a fine argument that could be mounted that the best planning for an All Species Odyssey campaign would be “Bring Them All”.

A more conservative approach might be to target your confidence patterns, and fish them till they work. Remember size and nymbers don’t count, Odyssey success comes in ticking off the easy species fast to spend more time on the tougher targets.

We have put together some of our go to flies for your perusal.

Water flows are going to be the big question when it comes to trout fly selections, especially with some minimum flow coming into the schedule.

An olive bugger is going to be the confidence pattern for many fly fishers, and it hard to debate it. Midges are going to be a popular choice: Davy Wotton’s Super Midges or David Knowles’ Ruby, Rootbeer & Redneck trio.

Add a Dally’s Tailwater Jig to help get your midge choices into the strike zone fast.

Little fish are a major part of the diet for a host of species on our target list from trout, basses, panfish and even striper’s and gar. The Clouser Minnow is a proven performer, tied classic with bucktail or variations in our fly bins from the Rabbit Strip Clouser to the Stay Hungry Streamer.

But our go to remains Hada’s Craft Fur Clouser which is an excellent imitation of local minnows in lake or stream.

There aren’t too many species which will snub a well presented crawdad, from any of the bass species to carp. Get them down on the bottom where they belong.

We have several patterns and styles from the heavy Whitlock Near Nuff to the lightweight Stalcup Crazy Dad. But our best seller is Hada’s Creek Crawler, which should be spot on to probe the deeper holes in our creeks.

Having fish hit topwater flies is about as much fun as you can have fly fishing whether its trout on mayflies or panfish and bass on poppers.

Boogle Bug Poppers are the standard to which all others are judges. Great colors, built like the proverbial brick outhouse, these things last and catch fish. Bring a bunch.

The Flymen Double Barrel poppers have started to win over picky smallmouth afficionados so you know they will appeal to the less pressured lake species.

Another killer “surface” pattern is Todd’s Wiggle Minnow which is at home on a floating line on top or being fished as a small streamer on a sinking line. This sort of versatility makes it an awesome Odyssey fly choice.

Streamers can often be thought of as just a big fish method. But the right sort of streamers can be a great way to cover a lot of water searching for predatory species in lake and river.

The flash and movement can bring in predators from a bigger area than something small, subtle and relatively motionless.

Articulated patterns in the 4″ to 6″ range with the erratic movement of a Tiny Dancer or a Double Deceiver are solid starts but there are other like Murdish Minnows, Galloups Dungeons and more.

Swing by the shop before the event and load up.